Kirkconnel is a town in Dumfrieshire on the A76 from Dumfries to Kilmarnock. It was a mining town, a continuation of the South Ayrshire coalfield until the late sixties and also had an associated brickwork which survived until the early seventies. Fauldhead colliery and brickworks at one time employed 2,000 people and was the largest in Dumfrieshire. It lies on the old Glasgow and South Western Railway mainline from Glasgow St Enoch to Carlisle which ran on to London St Pancras via the Midland Railway.

The position and route give an opportunity to run a variety of types of traction. The line is now a secondary route and sees little traffic but the club will model all eras from the 60's to date with an emphasis on the late steam and early  "blue" diesel days. 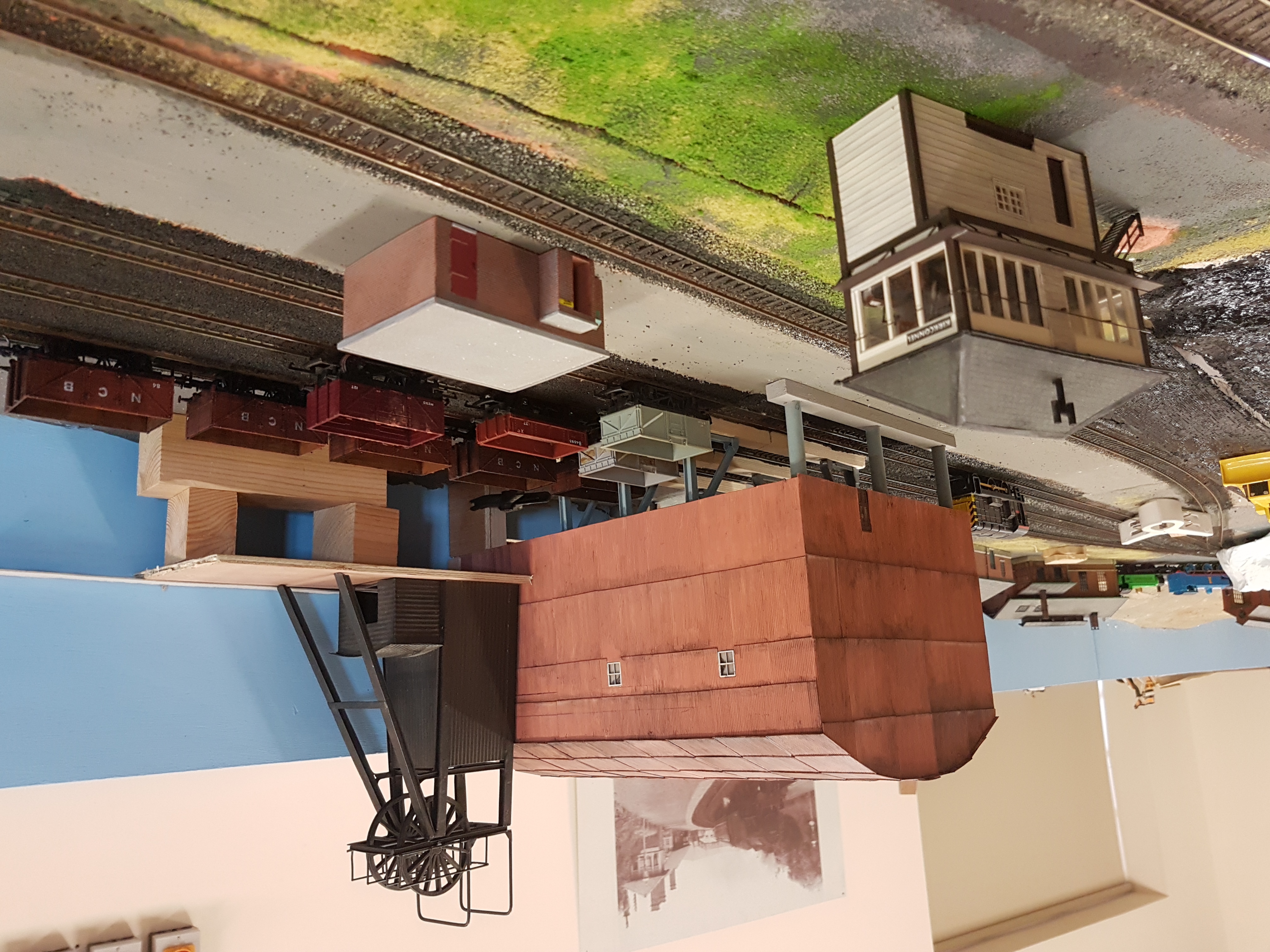 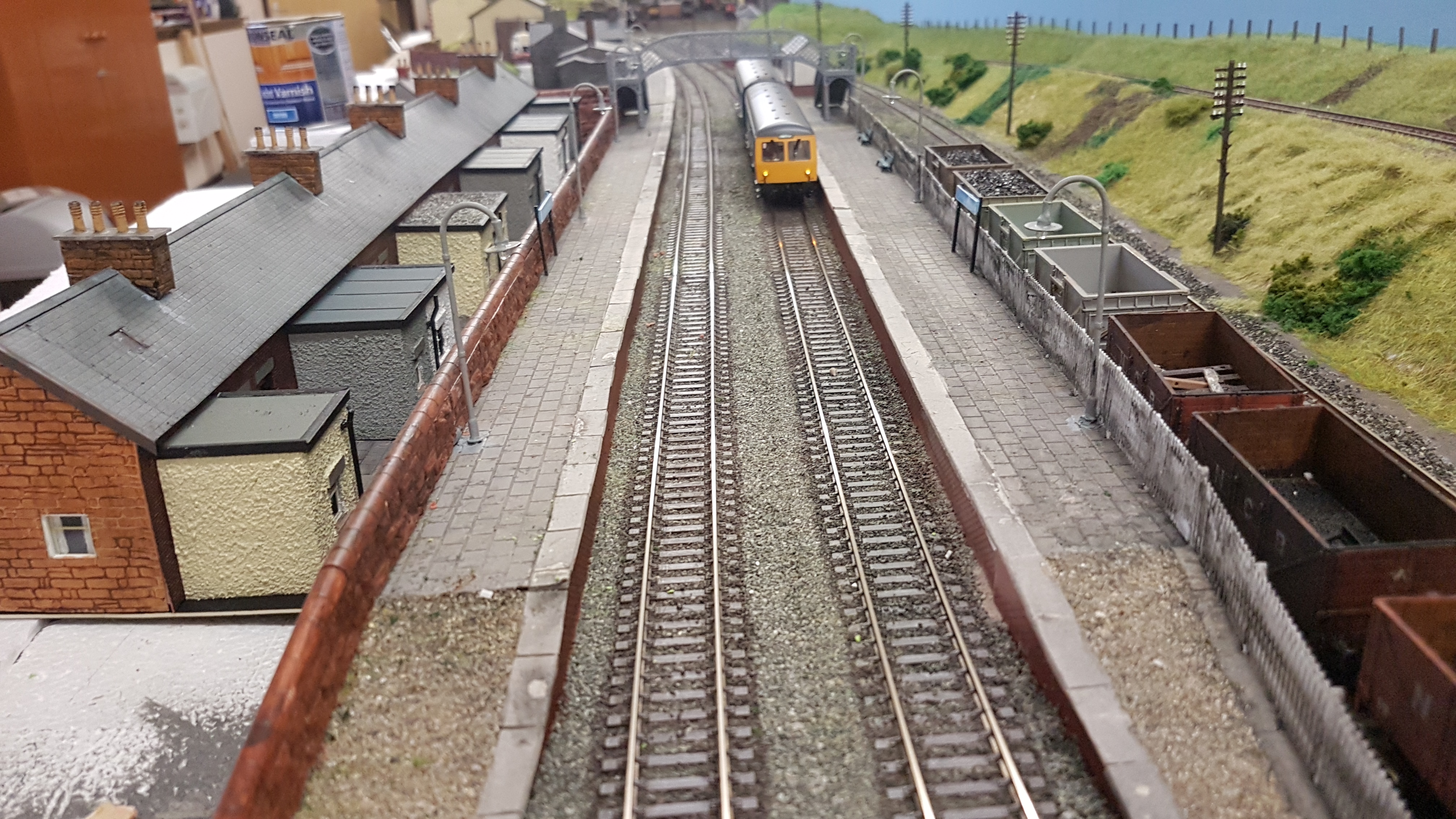 The basic track plan consists of a two platform station with platform 1 towards the front of the layout (for northbound services) and platform 2 for southbound services. North of the station are 2 passing freight loops where you may see a freight being looped to allow a passenger service to pass.

Behind the loops is the large mine complex with 3 loading hoots and a runround with a small engine shed for the N C B locos.

Behind the station are 2 reception sidings for interchange with the mine and behind these sidings is a fictitious spoil line to add operational interest.

The layout will run both DCC and analogue. Locos will be able to run their sound units even if working in analogue. 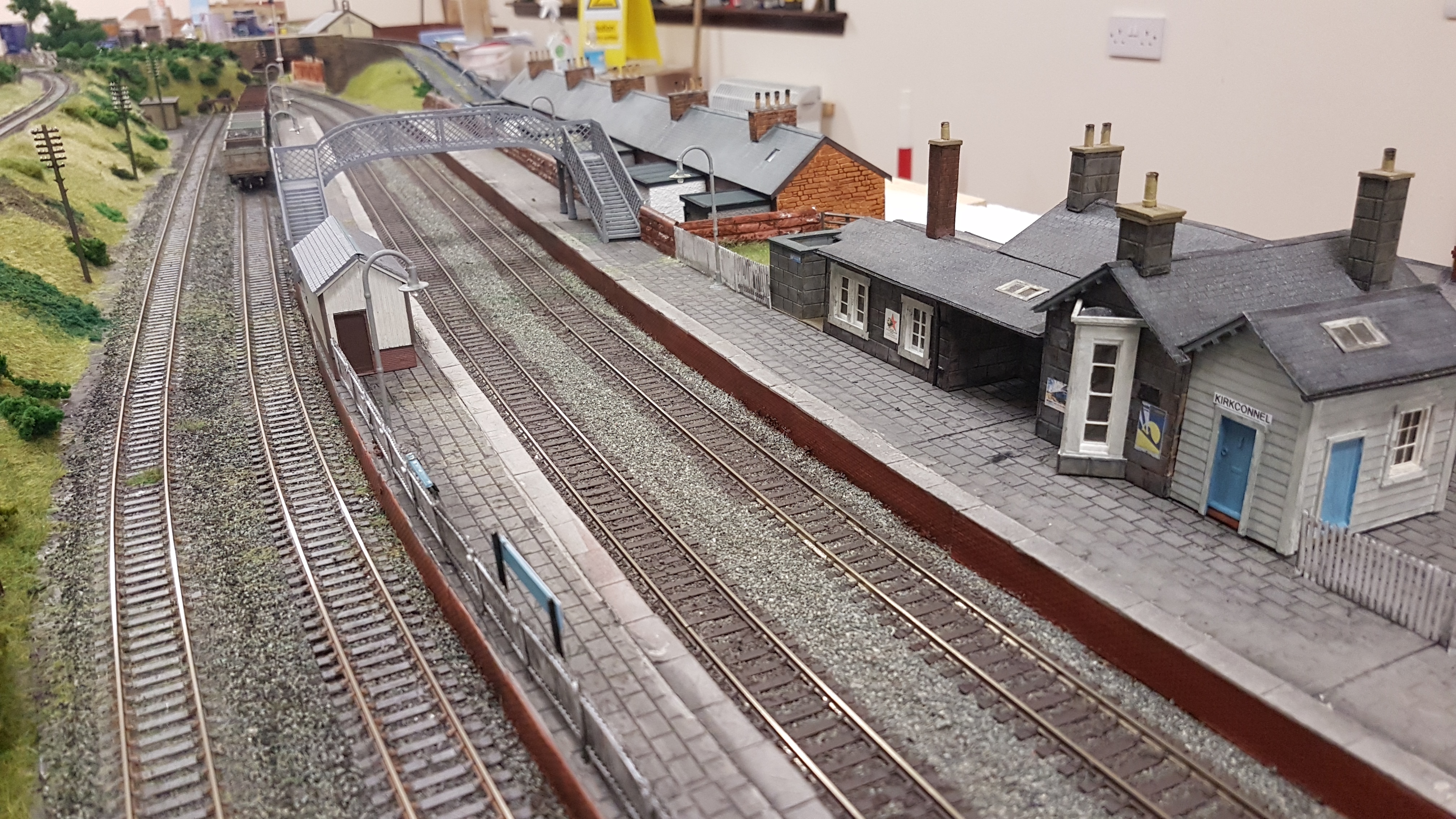 Designed and Created by Jordynne Hall